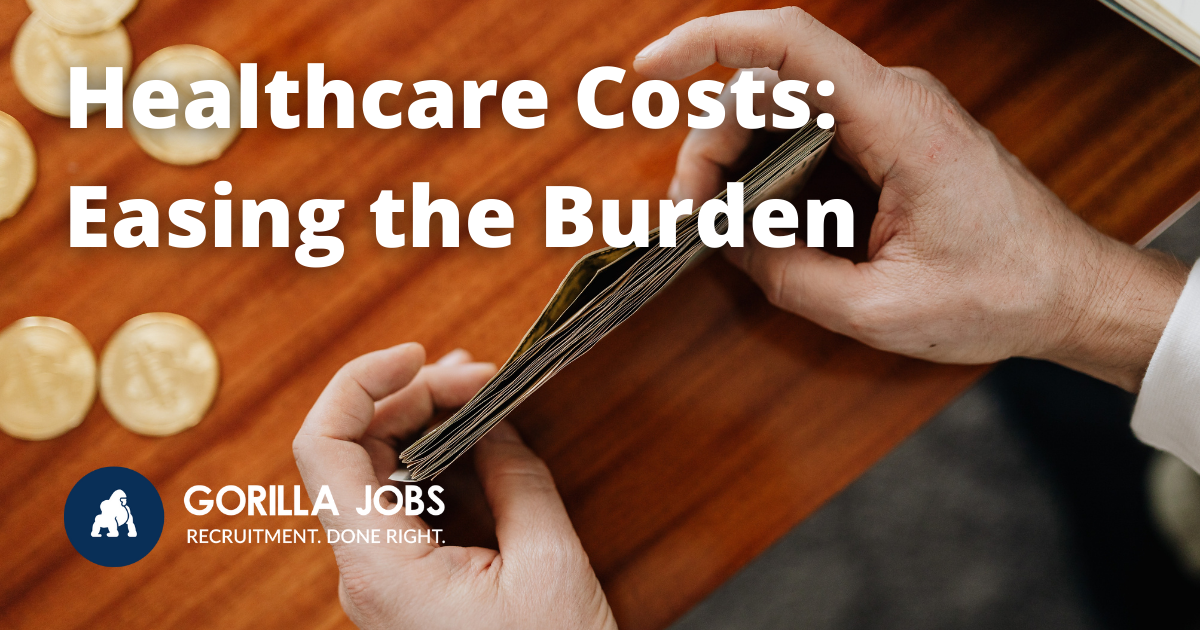 Healthcare costs are front and centre for Australians struggling with their day-to-day cost of living, but what’s to be done to ease the burden?

At a time when inflation is soaring, real wages are flat and the country is still managing its way out of the COVID pandemic, Australians are keenly aware of the pressure of the rising cost of living. Nearly every aspect of the family budget is being pushed to levels that make it hard to make ends meet. The recent consumer price index (CPI) figure of 5.1% means the cost of living increase is accelerating, touching 3.1% in Sydney, 2.5% in Melbourne and 4.1% in regional Australia for the 12 months to December 2021.

Healthcare costs sit in the top 5 of Australian household expenditure items: According to 2020 Australian Bureau of Statistics (ABS) data, it sat in fifth place at $71.1B behind rent/dwelling services ($228B), food ($112.5B), recreation & culture ($100.5B) and insurance/other financial services ($98.7B).

Labor was lengths ahead of the Coalition, playing to its health policy strengths as it offered an almost $1 billion boost for Medicare and primary health funding compared to more conservative measures of the Coalition, such as $146m promised to address the shortage of GPs and other medical professionals in rural and regional Australia (both, it should be noted, worthy policies).

Each party also guaranteed a reduction in the cost of Pharmaceutical Benefits Scheme (PBS) prescriptions, with Labor slightly more generous in its offering. Now, with the election done and dusted, it remains to be seen whether the Labor Party will fulfil its promises and how. Regardless of each party’s election promises, the Australian Medical Association (AMA) and the Grattan Institute had a broader vision for how healthcare costs might be reigned in to help Australian struggling with the cost of living.

The AMA’s focus is based on its Vision for Australia’s Health and five ‘pillars of health’:

At the time of the release, Khorshid felt the AMA proposed sensible and targeted initiatives to help fix issues in the health system, saying that while the budget and budget reply had offered some indication of what funding might flow into health in the next government, “we’re yet to see meaningful commitments on primary care and any willingness at all from either party to rethink current funding arrangements which are failing our public hospitals.”

The AMA election platform didn’t provide measurable cost of living decreases most Australians can relate to, but its blue sky healthcare system reform would ultimately lead to better health outcomes and lower costs.

In 2022, policy think tank The Grattan Institute released ‘Not so universal: How to reduce out-of-pocket healthcare payments’.

To alleviate this, the report can be distilled into four main policy changes.

With Australians spending roughly A$400 million diagnostic services each year, frequently provided by large corporations, the federal government could fund these directly through a commercial tender instead, abolishing the out-of-pocket burden of standard services such as blood tests and scans.

Expanding the voluntary patient enrolment scheme where a patient enrols in a GP practice and nominates a GP to be their ‘usual doctor’ to people with two or more chronic conditions will help reduce healthcare costs for people with chronic conditions and also reduce inefficiencies in areas such as routine repeat prescriptions and routine renewal of specialist referrals.

While the vast majority of health services outside of hospitals are bulk-billed, this is not the case for specialists and allied health, which are at 46% for specialists and 56% for allied health. Increasing the number of these kinds of health-care services provided free of charge, particularly in lower-income areas, will reduce healthcare costs for those who need it most.