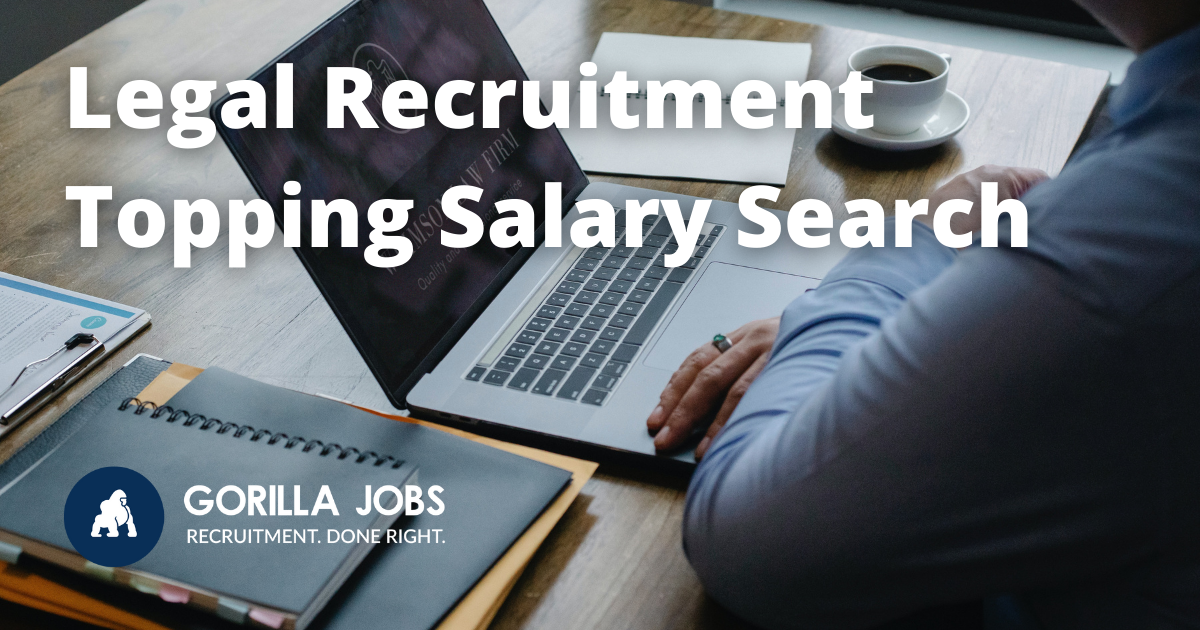 Legal Recruitment: Topping the rankings in the salary search

For graduates about to jump into legal careers or professionals thinking it’s time for a change, there’s good news when it comes to average legal salaries.

Similar to medical professionals, those who pursue legal careers most often do so because of a strong desire to help maintain the integrity that is critical for a properly functioning legal-judicial system, and can expect to be remunerated accordingly.

Fresh-out-of-uni lawyer salaries will vary according to some basic parameters, such as size, legal area of speciality and geographical location of the firm, with quite often the larger the firm and the area of practice being the defining factor that pushes wages up.

According to the 2020 QILT Graduate Outcomes survey, the law graduate average starting salary is not much below medicine grads at around $60K.

And within three years, grads can expect to see this jump on average by nearly $25K.

However, as with their medical counterparts, law graduates also often work long hours (49 hours a week or more) as they learn the practical ropes of their new profession, although in good news for grads, in early 2020 the Fair Work Commission began forcing firms to track hours and specify thresholds at which grads might expect a pay rise.

For those currently in legal profession roles, Salary Explorer estimates that a typical salary is around $110K, with the range being from an average of $34K up to an average of $207K, with the maximum possible being considerably higher.

They are also likely to observe salary increases of approximately 10% every 14 months, well above the 8% over 16 months that is the general salary increase of all professions.

Just on 54% of those surveyed by Salary Explorer stated they had received some kind of monetary bonus (individual performance, company performance, goal-based or holiday/end-of-year) in the range of 3-6% of their salary.

And, similar to many other professional roles, location plays a factor in salary. Average salaries are higher in the larger cities, with the three largest capitals all hovering around similar levels – Brisbane $125K, Melbourne $128K and Sydney $130K. In the regions, average salaries drop a little but are still solid: Wollongong $109K, Newcastle $114K and Sunshine Coast $112K.

Several legal roles often sit in the top 20 paying jobs in the country. In this training.com.au survey, compiled by crunching a range of reports on salaries, in-house general counsels sat at number 1 ($400K), company secretaries at no 5 ($342K) and head of compliance ($277K) at 15.

Salary Explorer offers a full list of specific average legal salaries, but here are some we’ve plucked out to give you an idea of what different roles look like across the legal sector.

For those wanting to work in the legal profession but not take out a law degree, becoming a paralegal is the way to go as the role performs legal-, regulatory- and business-related research for lawyers, while also providing a range of legal support services such as filing materials (motions, memoranda, pleadings and briefs) in various court systems, and accompanying lawyers to see clients and/or to go to court.

Similar to their GP counterparts in the healthcare sector, lawyers are the backbone of the legal profession in their more generalist roles as advocates and advisers when representing clients in courtrooms, with government agencies and in other legal matters, as well as undertaking other core legal tasks such as interpreting law and offering legal advice to clients.

Litigators represent either defendants or plaintiffs in the courtroom, handling the entire litigation process from investigation right through trial to settlement.