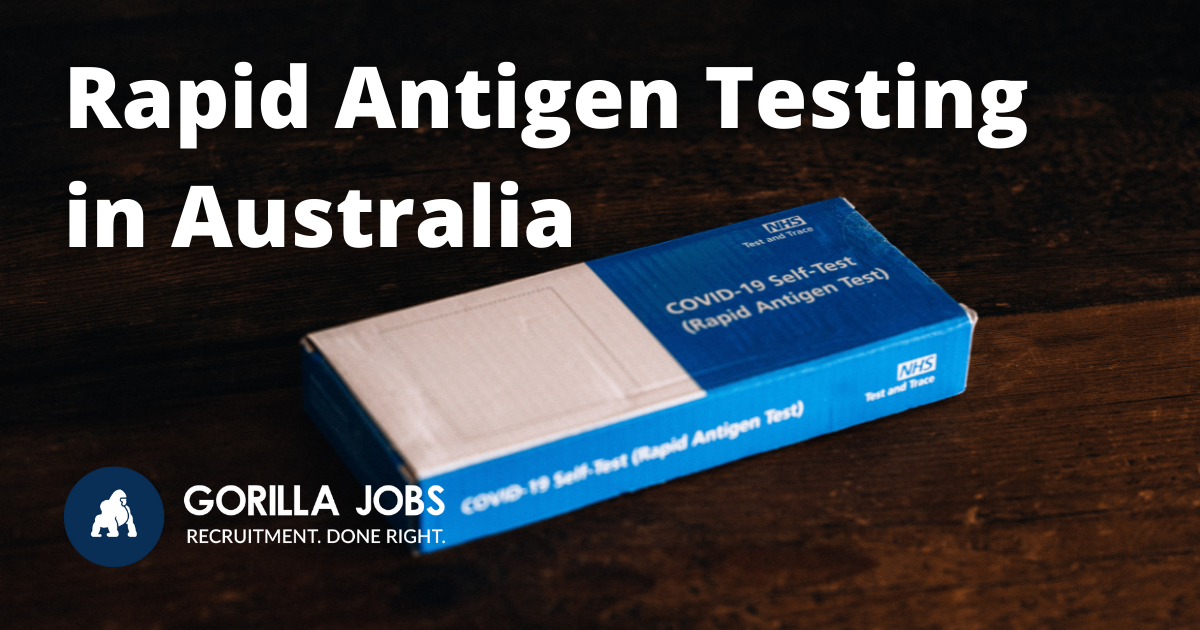 Rapid antigen testing is extensively used around the world to manage Covid-19, so where does Australia currently stand?

“Testing, testing, testing” has been drummed into us as one of the key tools for the community in managing outbreaks during the Covid-19 pandemic.

State governments have made this as easy as possible by setting up testing clinics in every corner of the country in a move that, along with other pandemic management measures, has helped save us from the horror infection and death rates seen overseas.

However, as the world opens up and, as a predominantly vaccinated population we move from the idea of eliminating or containing the virus to living with it, the way we test for Covid-19 also looks set to change, at least in some circumstances.

With over 42 million Covid PCR tests done since the start of the pandemic, many Australians will have had at least one, if not several after they have potentially been exposed to a tier-1 site or found themselves with Covid symptoms.

This somewhat invasive nasal and throat swab is seen as the gold standard for detecting Covid due to how sensitive it is at detecting the virus, and, up until recently, was the only government-approved testing method.

However, while PCR tests remain the most reliable test, moving into the next phase of the pandemic means a new approach needed to be adopted, mostly as a consequence of the cost of PCR testing (currently borne by the federal government via Medicare rebates) and the results turnaround time.

Other countries ahead of Australia in the pandemic management curve have already moved to this next generation of testing.

Rather than amplifying parts of the virus’ genetic code in the way PCR testing does, rapid antigen testing instead detects protein on the surface of SARS-CoV-2 directly from a sample, sometimes from the nose but also from saliva.

These antigen tests give much quicker turnaround times for results but the downside has been their lower sensitivity and thus only being useful for detecting higher levels of the virus.

But on the plus side, the tests are produced by a wider range of providers, administered by the person who needs the test done and are usually much less expensive than PCR tests.

Antigen testing in other countries?

Many countries have already rolled out antigen testing – Singapore has even offered it to all households for free.

It has also been used extensively in the UK, for example, to test students so that schools can remain open, and in Europe, the tests can be bought from pharmacies or supermarkets for as little as about AUD$10. And now these antigen tests are set to become part of an Australia that is once again opening up to the world.

As both NSW and Victoria open up to international travel, and with this an increased flow of people through the country, Minister for Health Greg Hunt recently announced that the TGA had approved 33 antigen testing from November 1, with more to come.

While already being used in a range of domestic settings, such as aged-care, this announcement by the minister means Australians will have access to a range of antigen test kits to use at home.

And these will be easy to purchase given the announcement they will be available from Coles supermarkets as early as early November.

The main caveat to the rollout of antigen testing is that it will be up to State Governments to decide how the antigen tests will be used (eg during local Covid outbreaks), with the possibility put forward that when someone returns a positive antigen test, the will also need to get a PCR test.

But other reasons for antigen testing could also include when people are visiting at-risk friends or relatives, or attending large-scale events.

As Australia opens its borders and allows unrestricted outbound travel, one of the extra hoops to jump through to get out into the world again will be testing.

At present, most jurisdictions require PCR testing to enter their borders – for example, when the travel bubble with New Zealand opened, an RT-PCR test (at a cost of about AUD$145) was required. And a recent estimate of the cost of a two-week trip to Singapore as one of the first countries Australia plans to open up two-way travel with was bumped up by around $AUD1000 per person given the number of tests (seven) required as part of travel.

A few nations such as Jamaica have begun allowing antigen testing in lieu of PCR testing, but whether this becomes widespread remains to be seen.