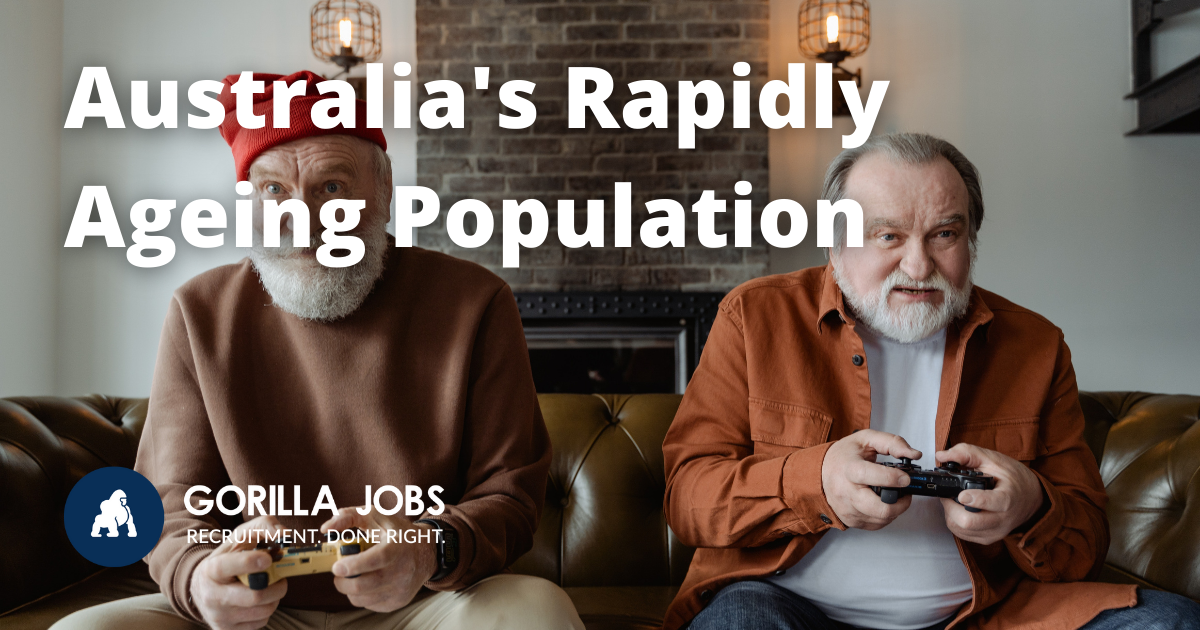 Australia’s ageing population has ramifications for the healthcare sector, the federal health budget as well as society itself.

Depending on which side of the political spectrum you come from, former federal treasurer Peter Costello is remembered fondly by some, and not so by others.

However, one thing both sides of politics have embraced from Costello’s time in office and still use as a key government policy planning tool is ‘The Intergenerational Report’ (IGR).

What is the IGR?

Often termed as a ‘blueprint’ for Australia’s future, the IGR is a forecasting document that has been produced every five years since 2002.

The report’s key function is to project outlooks for the economy and the federal government’s budget over the proceeding 40 years, barring any major upheavals (eg a global pandemic…) or sudden policy switches for other out-of-the-box reasons.

So, the IGR offers government’s the opportunity to examine the long-term sustainability of current federal government policy, viewed through a prism of current and forecasted technological and structural trends.

The most recent IGR was delivered by the current federal treasurer Josh Frydenburg in late June 2021. It contains three key findings that affect the healthcare workforce, namely:

There has been a marked change in predicted population growth since the last IGR. While the 2015 IGR projected Australia’s population would reach almost 40 million by 2054-55, the 2020 IGR for the first time forecasts a revised downward trend so that the population only reaches 38.8 million. The implications?

To keep up with a correlating ageing population and to ensure there are enough people of working age to sustain the workforce to keep the economy going and help care for that ageing population, there is likely to be a shift towards greater intakes of skilled migrants.

This sits in sharp contrast to previous IGRs which predicted the opposite – a decline in the rate of net overseas migration. It also means that those in highly sought-after roles – such as healthcare roles – will be in steep demand, which could, in turn, lead to better remuneration.

Without an increase in migration, there is a potentially dire corollary fiscal ramification – a shrinking workforce means lower federal and state tax takes.

This is concerning because the government estimates that increasing amounts of total government tax revenue will come from personal taxes (rising to as much as 52% in coming years). So, if the workforce contracts, revenue will, with the flow-on effect being pressure on budgets for vital government services, including health, which could face cuts.

The IGR: The ageing population

As the baby boomers move towards retirement, this will contribute further to a change in the ratio of working-age people to those over the age of 65 – a ratio that has been changing dramatically for some time.

Alongside this, in June 2021, AIA Australia revealed some findings from its AIA Vitality Age Calculator.

Asking questions based on demographics, key health and well-being habits and behaviours, AIA found that certain age groups were effectively ageing faster due to lifestyle. Gen X respondents came out worst, with the calculator ageing them up to nine years older than their chronological age.

While this isn’t as rigorous as scientific research, it does point to health factors potentially adding further pressure to the government’s fiscal position on top of that already coming from slowing population growth and the naturally ageing population.

What does the IGR mean for healthcare professionals?

Despite sounding a little on the gloomy side, there are positives, particularly for healthcare professionals or those thinking about going into healthcare roles.

Armed with such forward-looking data, governments can plan much more effectively how they will manage pressure points in the economy and specifically funding healthcare.

By pulling policy levers now – such as increasing education spending to fund more healthcare roles and improving the pay and conditions of those in lower-paid healthcare roles to retain them in the workforce – they can help address reduced population growth and a shrinking workforce.

In doing so, this might improve the ratio of working to non-working Australians and take some of the heat out of the financial implications the IGR highlights rather than taking the obvious approach of simply cutting and slashing budgets.

Governments can also use policy to address lifestyle issues affecting the health and ageing of different demographics – such as those revealed by the AIA Vitality Age Calculator – and spend on this now via prevention to save spending more in the future on cures.