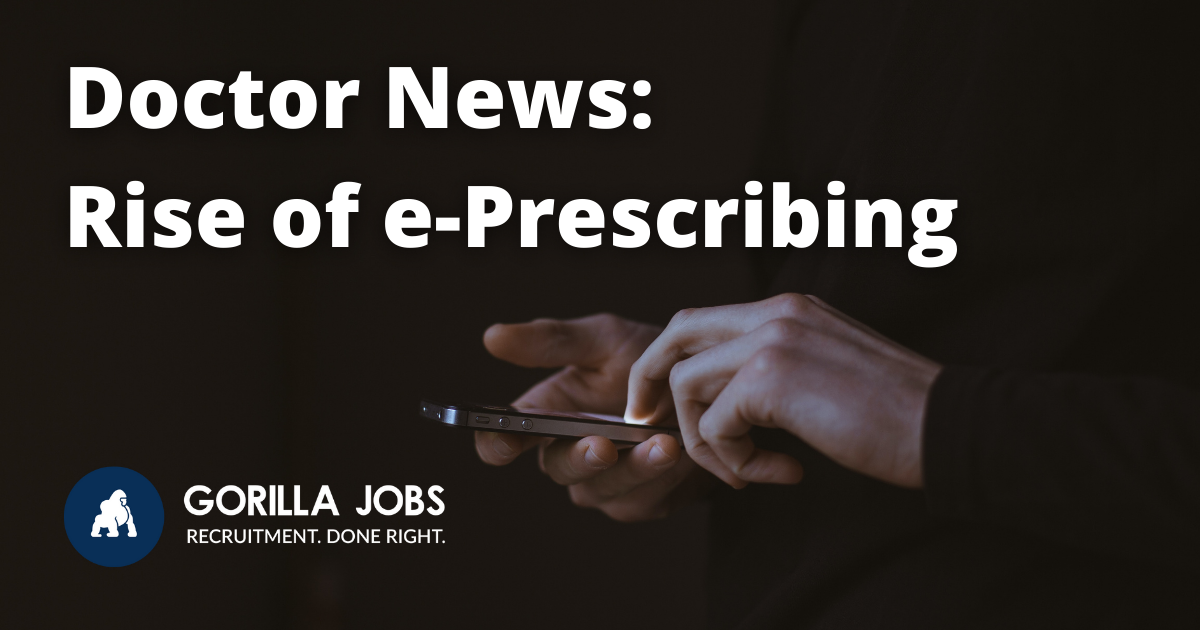 A dramatic increase in ePrescribing in our healthcare sector could be one of the unintended positives of the pandemic for GPs, Pharmacists and patients.

Given the rapid rise in the use of e-prescribing, it’s hard to believe that just a little over a year ago in May 2020 the biggest doctor news in the healthcare sector was the creation of the first legally valid electronic prescription (ePrescription).

Initially scheduled for a mid-2020 release, as the COVID-19 pandemic rapidly spread across the country, the Federal government brought forward the launch of ePrescriptions as part of its response to the pandemic.

In the seaside town of Anglesea, in Victoria, the Anglesea Pharmacy received and dispensed this historical first that had the potential to radically change this crucial aspect of the healthcare sector.

What is an ePrescription?

There may be some who haven’t caught up with this technological breakthrough and potential patient care game changer.

Crucial to the rollout were two key requirements set out by the Department of Health: Patients had to control their choice of where their ePrescription was dispensed and paper scripts must still be made available for members of the community unable to use the QR code ePrescriptions.

A wider rollout of ePrescriptions began in Victoria in September of 2020, with Sydney jumping on board several months later progressively along with the other states. The rollout wasn’t entirely uniform given there were some technical and software upgrades or changes required within GP clinics and at pharmacies.

The ongoing rollout of ePrescriptions

By March 2021, more than 3.5 million ePrescriptions and repeats had been generated by prescribers and dispensers across the country.

This massive ramp-up in the use of ePrescriptions led the Australian Digital Health Agency (ADHA) to announce it was confident any patient who preferred ePrescriptions should be able to use them. The ADHA made this claim on the back of data showing almost 12,000 GPs had taken up ePrescribing , with 95% of all PBS-approved community pharmacies having dispensed ePrescriptions.

This coincided with the first set of pharmacies also testing the next phase of the ePrescription revolution – the Active Script List (ASL). The ASL allows patients to rely on pharmacists having access to their active prescriptions rather than the patient always needing to retain their ePrescription tokens.

As further evidence of how popular ePrescriptions have been, by mid-July 2021 – just over a year since the first issue of an ePrescription in Victoria – the number being used in Australia was increasing by 500,000 a week. And in total, 11.3 million had been issued, a threefold increase since March.

This exponential rise has partially been on the back of ongoing government support for the rollout by way of a subsidy that meant SMS prescriptions were free for GPs to issue. However, with no guarantees of the subsidy continuing beyond September, a survey of GPs foreshadowed a slowdown as more than a quarter indicated they would not continue sending the QR code by SMS once the subsidy is removed.

However, with the large majority of GPs looking more likely to continue using ePrescriptions, alongside the rapid patient uptake in requests, while these still only make up a relatively small proportion of the 300 million prescriptions that go through the PBS each year, as time goes by it looks highly likely they will become the predominant method of means through which patients access their medication.