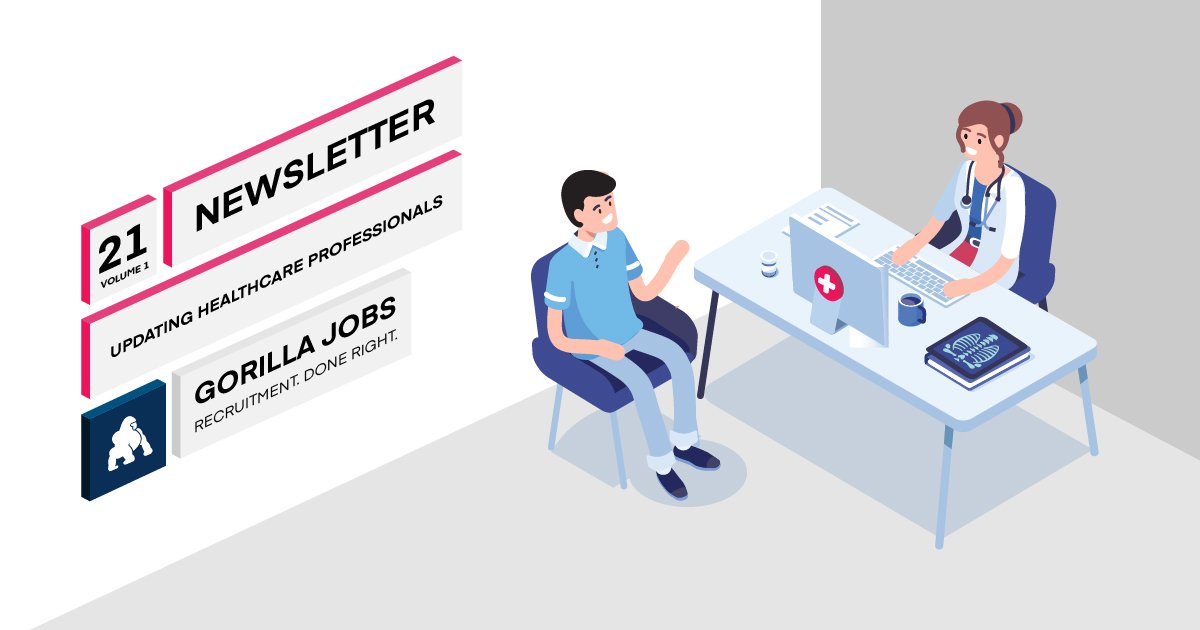 Update: GPs’ role in the bushfire crisis, Special authority given to pharmacists in NSW, VIC and ACT and respiratory problems on the rise.

We highlight the GPs’ role in the bushfire crisis, special authority given to the pharmacists in NSW, VIC and ACT in response to the emergency state and respiratory problems on the rise.

GPs’ role in the bushfire crisis

Special authority given to pharmacists in NSW, VIC and ACT during the bushfire crisis.

GPs’ role in the bushfire crisis

During the Australia’s bushfire crisis, among the healthcare team, GPs play a vital role in dealing with various public health concerns.

As bushfires took away millions of hectares of land, people’s lives and properties have been lost while major cities far away from the centre of the fire were covered with toxic smoke over the past month.

The widespread scale of the threat has led to five hospital relocations in NSW and Australian Medical Assistance Team (AUSMAT) specialists have been deployed domestically for the first time to help people in communities affected. 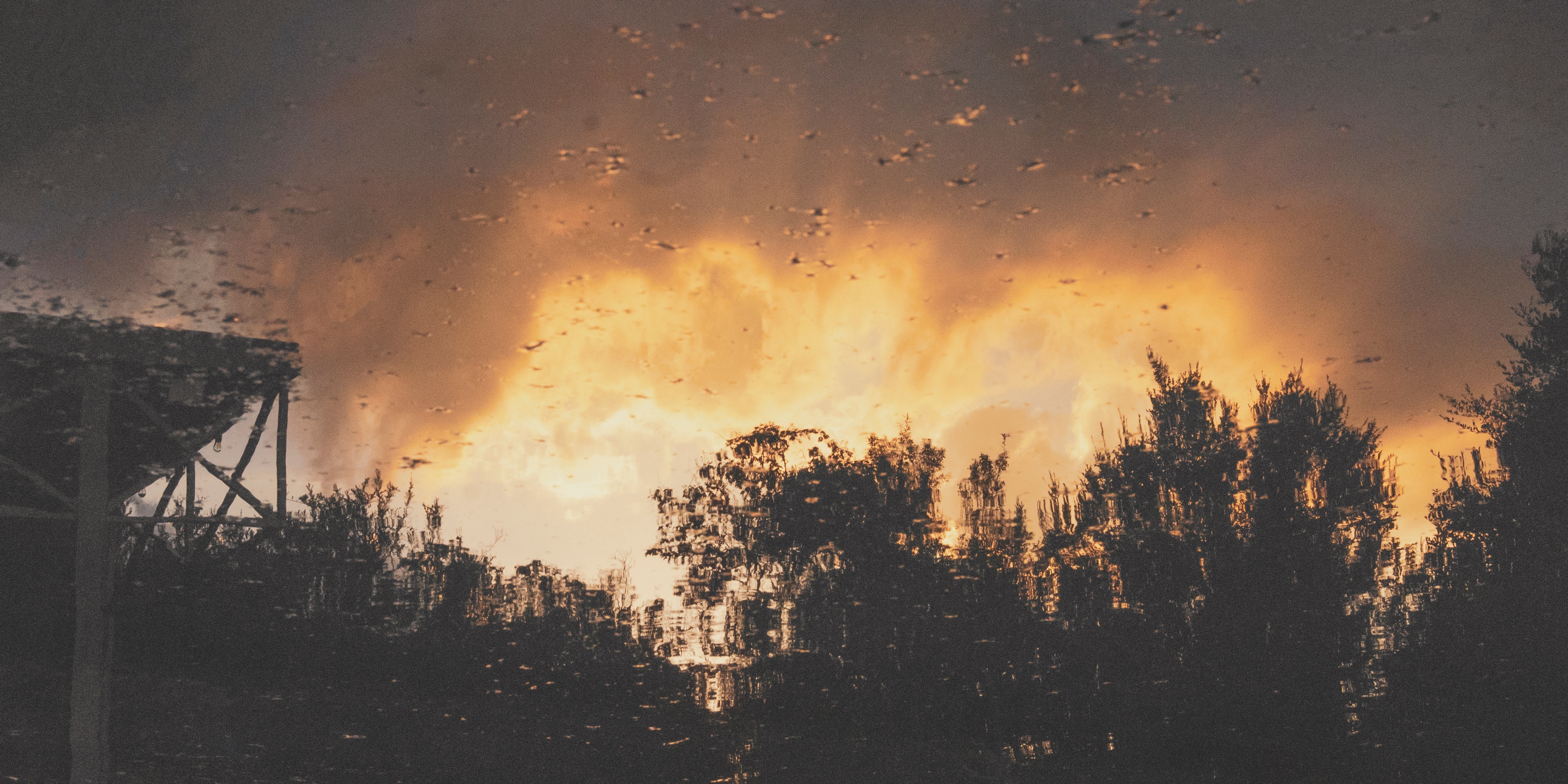 Thousands of Australians are staying in evacuation centres, some without homes, in fear of a mega-fire which may develop across the border of New South Wales and Victoria.

However, in response to the crisis, there has been limited assistance or coordination for GPs providing medical care on the frontline, or for those who would like to volunteer.

Dr Nespolon said there also needs to be consideration for the financial and emotional help for rural practitioners. As giving care to people in those affected areas is a difficult job to do, GPs should be given support so they could be in a good state to assist the general public.

Greater financial support for GPs providing patient services to impacted people and communities, including through the Medicare Benefits Schedule, is suggested as one highly potential option.

Disaster medicine specialist Dr Penny Burns previously told newsGP one way GPs can help during disasters is to try and keep clinics running as usual and, if possible, expand to accommodate increased numbers or different presentations based on their capacity.

This will definitely help the Emergency Departments and other responders by reducing the workload for them. 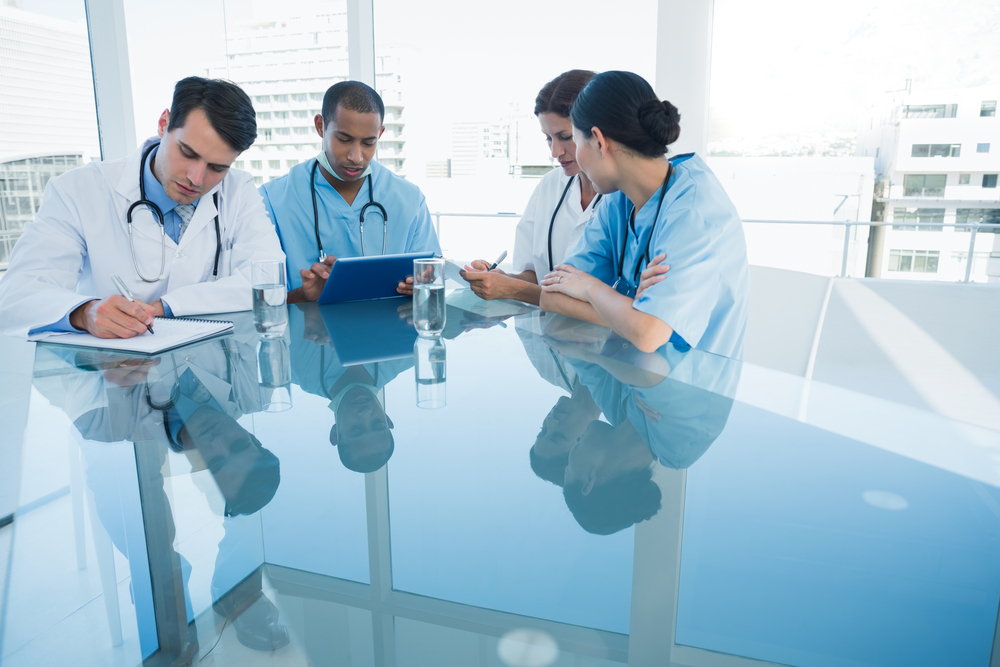 GPs also have a role in supporting patients in acute distress. Just last week, it was announced that more mental health support services will be immediately given to firefighters, emergency personnel, individuals and communities impacted by the ongoing bushfire disaster.

According to the announcement, people impacted by bushfires will receive Medicare rebates for up to 10 psychological therapy sessions provided by GPs, psychologists, and other eligible mental health professionals.

It can be seen that GPs work to identify those most at risk and make sure they are reviewed, as well as those whose distress is continuing and require further care or referral.

Special authority given to pharmacists in NSW, VIC and ACT during the bushfire crisis.

Last week, special authority for emergency supply without a prescription in bushfire-affected areas has been issued for pharmacists in NSW, VIC and ACT.

In NSW, temporary special authority has been issued for supply of prescription medicines from community pharmacies in emergencies in areas affected by the bushfires.

Particularly, special authority for emergency supply without a prescription in bushfire-affected areas is now available for pharmacists in these areas until 31 March 2020.

It is required that the medicine must have been previously prescribed, be for continuation of current essential treatment and it is impracticable to obtain a prescription. 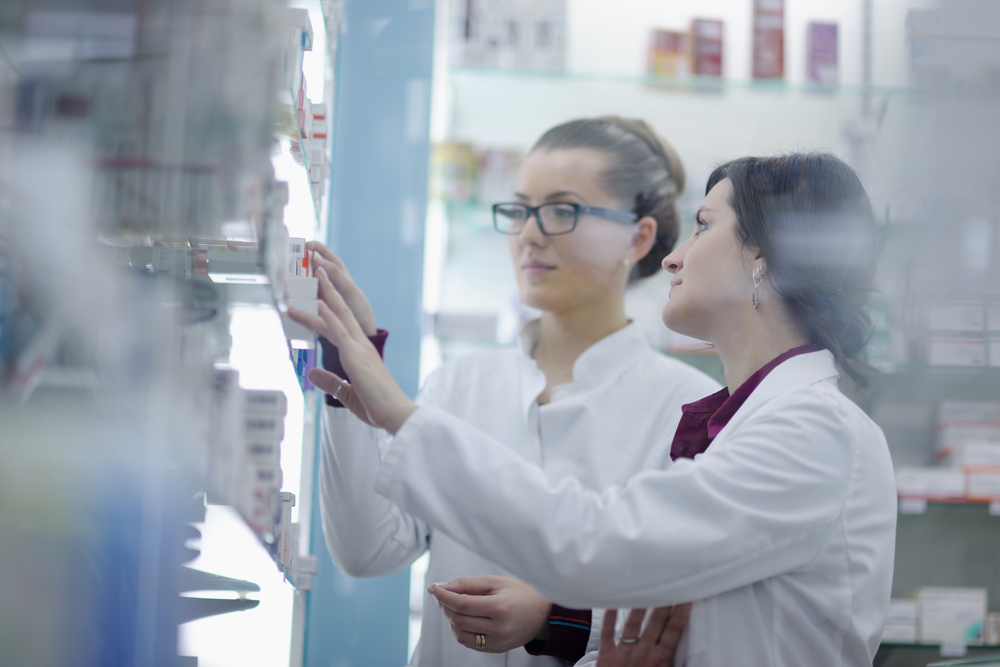 Furthermore, the TGA has granted permission for pharmacies to advertise that people with asthma or COPD can obtain salbutamol puffers or dry powder inhalers from a particular pharmacy with or without prescription.

PSA NSW Branch President Peter Carroll spoke in the news that the current bushfires across NSW have peaked the demand on pharmacists in multiple settings, mostly in community pharmacy.

Therefore, this announcement means that people separated from their prescription medicines or prescriptions will get access to their regular medicines needed for managing their chronic health conditions.

This special authority is crucial to ensure NSW residents affected by bushfires having uninterrupted access to medicines vital for their health. 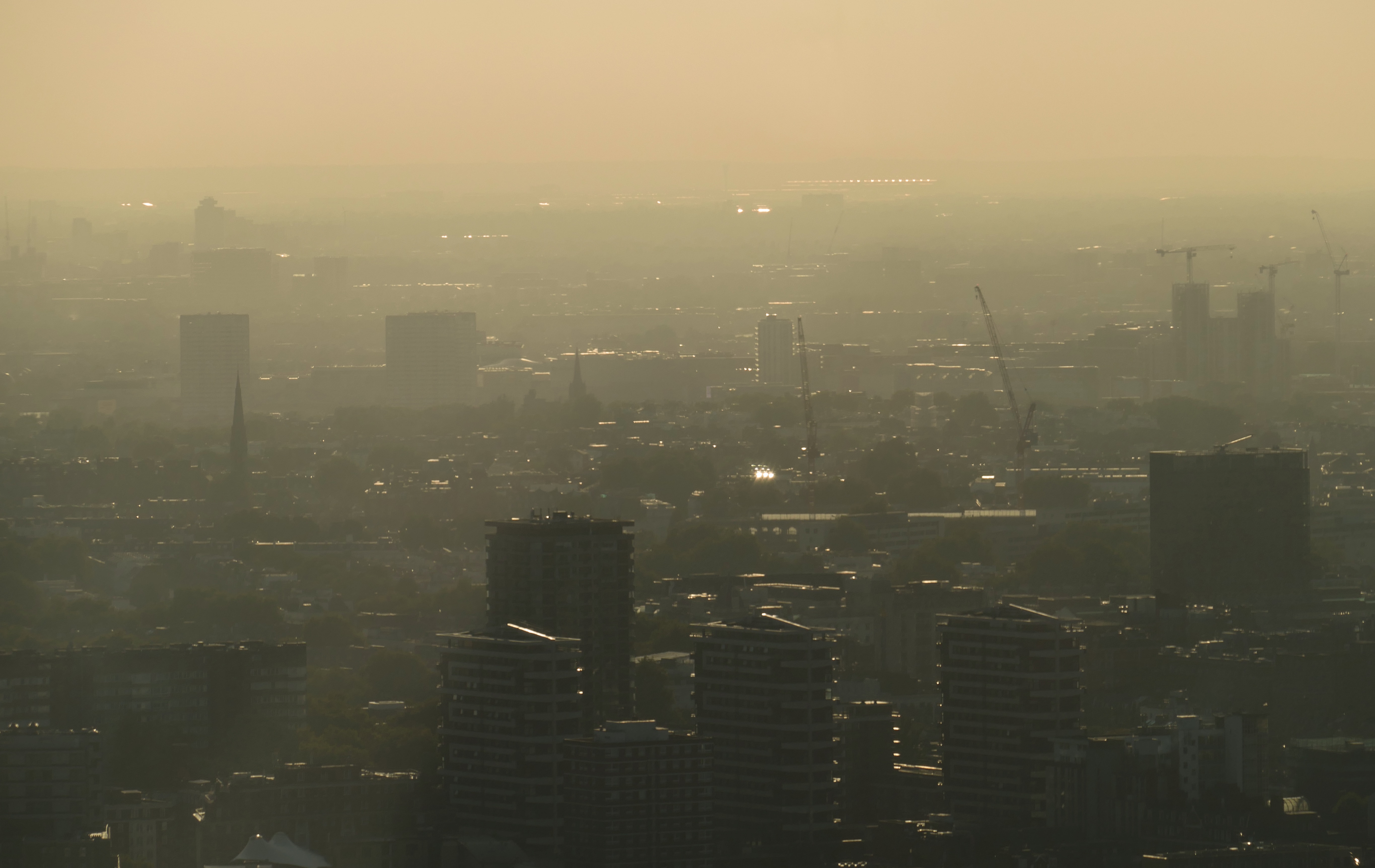 The Victorian government’s decision has been announced late last week, which allows the state’s pharmacists to dispense prescription-only medicines to people impacted by bushfires until 1 April 2020.

ACT pharmacists can now supply a standard pack of most prescription-only medicines without a script to patients affected by the recent bushfires.

Previously, emergency supply had been restricted to three days’ worth of medicine. This temporary measure, in place until 31 March 2020, comes with special requirements.

ACT Branch President of the Pharmacy Guild, Simon Blacker, thanked the ACT Government for helping to ensure continuity of care and access to important medicines during the bushfire emergency.

In welcoming the announcement, PSA ACT Branch Vice President Professor Mark Naunton said that the current bushfire crisis is starting to create an increased demand on Canberra’s pharmacists from patients who have been displaced from NSW and Victoria and are coming into the ACT.

This year’s bushfire disaster has affected Australian more than it was expected. Alongside land burnt, properties lost, animals dead, the number of people exposed to bushfire smoke after the fire is also greater than ever seen before.

With more than 10 million hectares of land burnt, hundreds of properties lost, millions of animals dead and thousands evacuated, the number of people exposed to bushfire smoke after the fire is also greater than ever seen before.

Throughout the past months, the smoke has been affecting the air quality across large parts of NSW, VIC and ACT.

Director of Environmental Health at NSW Health, Dr Richard Broome, said they have seen an increase in the number of patients with respiratory issues presenting emergency departments. 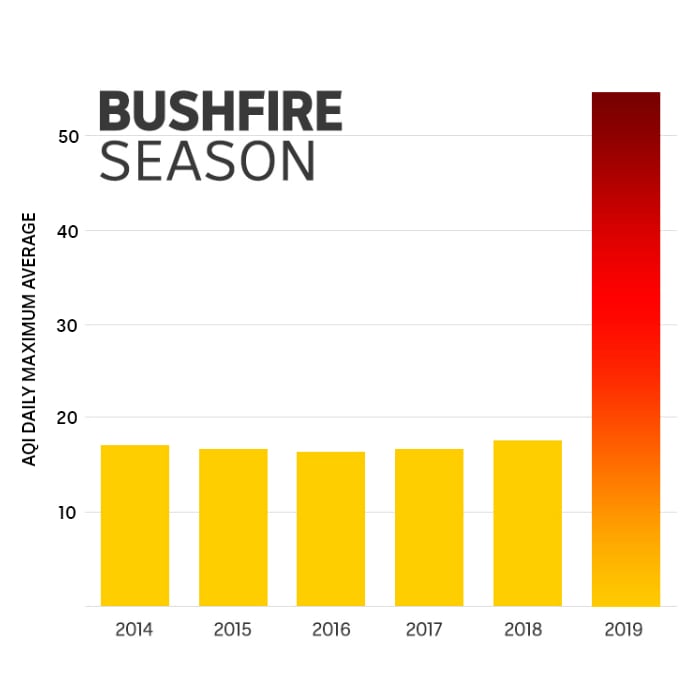 Especially, during the week ending November 22, there were around 2,230 ambulance calls for breathing problems, which is a 22.5 percent increase from Sydney’s weekly average.

A recent study, published in the British Medical Journal, found that short-term exposure to fine particles of pollution is linked to hospital admissions for a wider range of medical conditions.

The researchers found air pollution shared a connection with not only lung cancer and heart attacks but also septicaemia, UTIs and infection.

The result from the research concluded that the increase in PM2.5 from bushfire smoke is associated with increased intensity and frequency of disease symptoms, increased use of asthma medication and increased respiratory hospital emergency admissions.

The effects of inhaling smoke vary for each person, however, for people with pre-existing respiratory or cardiovascular conditions, high levels and prolonged exposure can be extremely harmful.

While the long-term effects of prolonged exposure to toxic smoke is unknown, Prof Jalaludin said for a healthy person, the risk is low.

However, the medium- or long-term effects still remain unknown. For a healthy person breathing in these levels for 3-4 months, what will happen in 5 years’ time is hard to project.

For people with COPD or severe asthma, it is also difficult to know if there would be long-lasting effects since it is hard to conduct tests for these events.

In response to the ongoing bushfires, the Australian Government announced it would be supplying more than 1.8 million P2 face masks to assist frontline workers and those living in affected communities.

What are your thoughts about the impacts the bushfire smoke may have on people in the long run? We would love to hear from you.