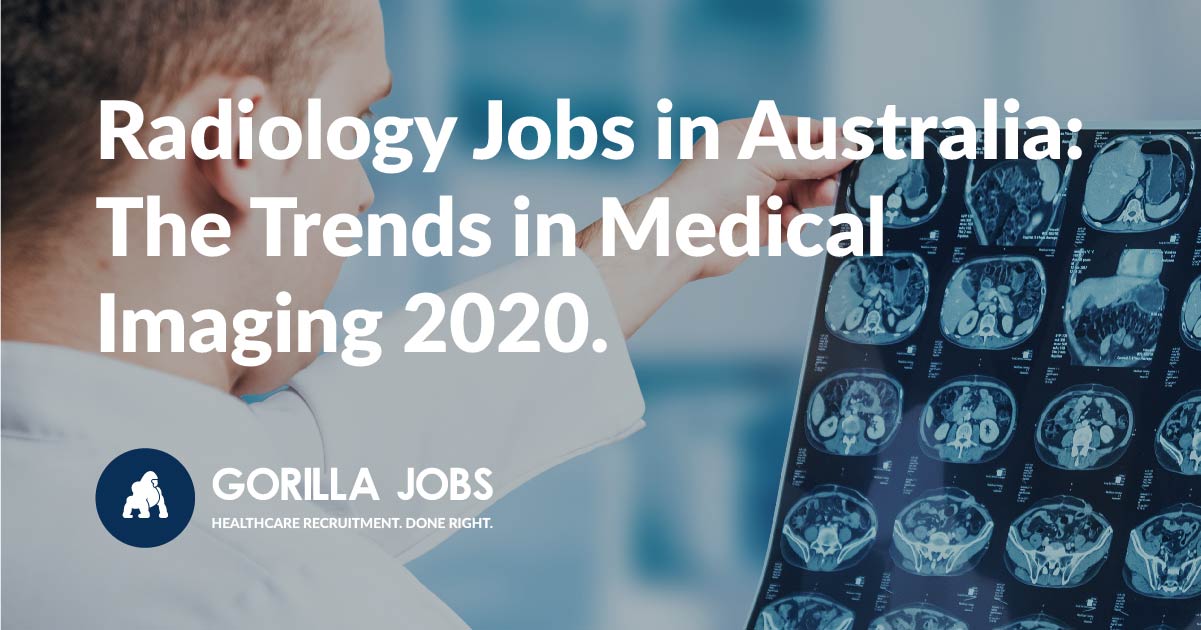 Radiology Jobs in Australia: The Trends in Medical Imaging 2020

We have covered a lot of what has been happening in Australia’s Medical Imaging industry this past year. Looking back, we can highlight certain Trends that will impact Jobs as well as the entire Radiology industry in general.

Our guide to the Trends in 2020 for Radiology Jobs in Australia aims to highlight the Jobs outlook of Sonographers and Radiologists, Salary Pay rates as well as the Industry Trends that will impact the industry and healthcare in general.

Radiology Jobs in Australia: The Trends in Medical Imaging 2020 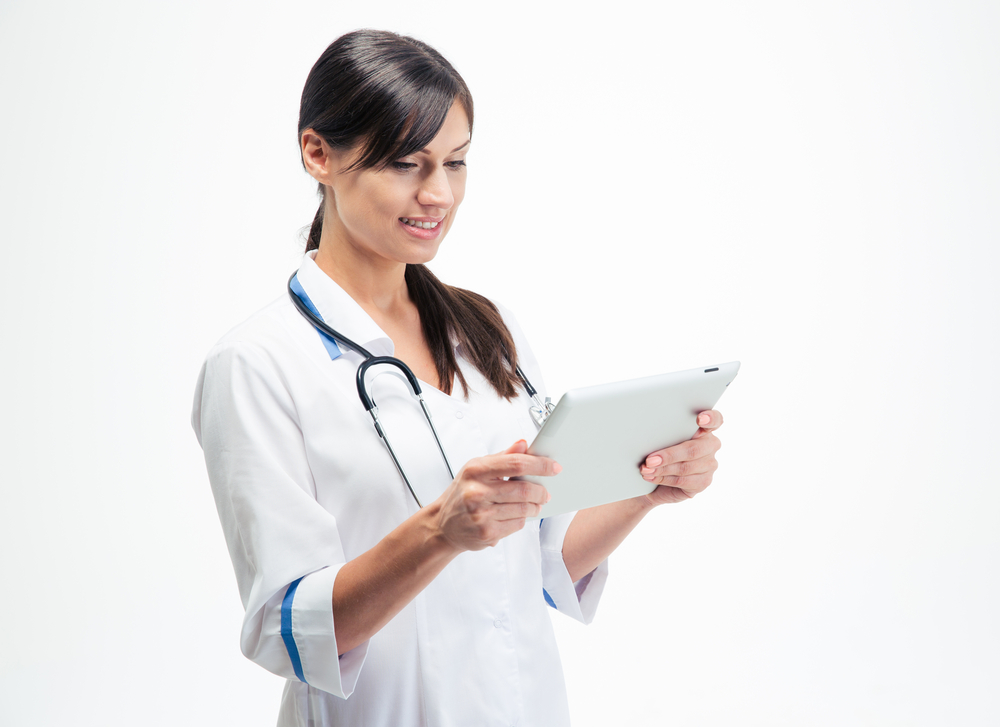 Jobs Outlook for Sonographers and Radiologists

Sonographer Jobs are one of the toughest to fill medical jobs in Australia with a significant discrepancy between the number of jobs in demand and supply of qualified staff.

As recently reported, despite the sonographer’s remuneration being more than double Australia’s median annual salary of $55,400, it is difficult to fill all of the in-demand jobs across Australia.

According to the Department of Employment and Skills in Queensland, only 27 percent of Sonographer vacancies are being filled, even worse in NSW with only 43 percent of the positions filled.

It was also revealed only 1.4 applicants, on average, are applying for every advertised job in a hospital.

Based on the Sonography Workforce Report in Victoria, there are various barriers to recruiting sonographers including:

Of all the factors mentioned, the differences in pay rates between the public and private sectors is considered one of the most significant challenges for recruitment. 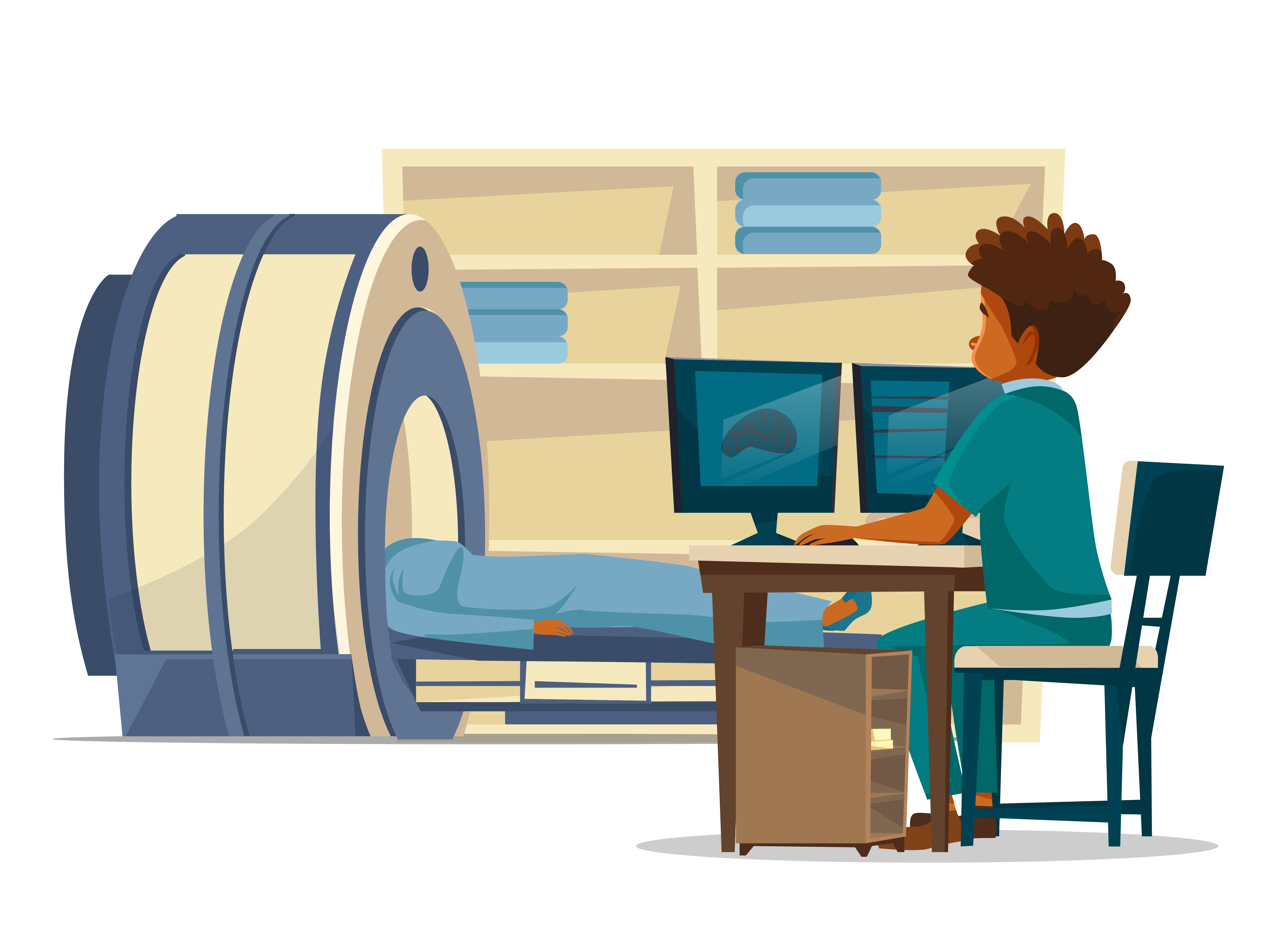 Radiologists are also experiencing a Shortage.

According to the March 2018 edition of InsideNews on RANZCR, in 2016 there were 2013 radiologists in Australia, a 14% increase since 2012 and 75% increase since 2000 due to a doubling of trainee numbers between 2000 and 2012. This growth surpassed the population growth and Medicare utilisation.

The 2016 report also had the following findings for Radiologists in Australia:

Low mobility seemed to be a major factor – the findings in 2016 suggested less than 2% of Radiologists were unemployed and actively looking for work, and 2015 findings showed that around 50% of Radiologists had worked in their current jobs for nearly 10 years without having a need to change the workplace.

And based on the 2016 Clinical Radiology Workforce Census Report Australia, a geographical imbalance was considered also a big contributing factor to the shortage of Radiologists in rural Australia.

What can candidates expect to be paid in the rad market?

Please keep in mind there are multiple variables that can determine your actual salary. How skilled and qualified you are in areas the medical imaging provider has work in; how many days per week you are available to work; whether you will work in a metropolitan city or a rural area; and whether you want to work on a permanent contract or as a locum radiographer or locum sonographer.

According to the Health Times, salaries for Radiographers may vary according to where they work and in which territory in Australia, but they can expect to start off at around $50,000 per annum rising up to $120,000 at a senior level. The average Radiographer’s salary is around $73,500 per annum across the whole country.

The salary range for Radiologists is higher than the Radiographer as their job requires more years of education and higher level of attentiveness. It can also vary greatly depending on their level of experience, practice setting and location of work. Payscale suggested that a senior Radiologist could earn in excess of $450,000 per year, even up to $4000/day in some cases.

A Radiation Therapist has many responsibilities including the designing, planning and administering of radiation treatment plans and providing care to patients along with other medical professionals.

Among the responsibilities, Radiation Therapists use advanced technology and imaging equipment to create specific treatment plans for each of their patients’ needs. But in doing so, it is also imperative they ensure minimal damage happens to a patient’s healthy surrounding tissue where the radiation occurs.

Radiation therapists can work in hospitals and also radiation oncology centres. They work closely with Radiation Oncologists but also a wider team of doctors and nurses.

According to Payscale, the average annual salary for a Radiation Therapist in Australia in 2019 can fluctuate around $63,127. The actual salary may vary depending on the years of experience. 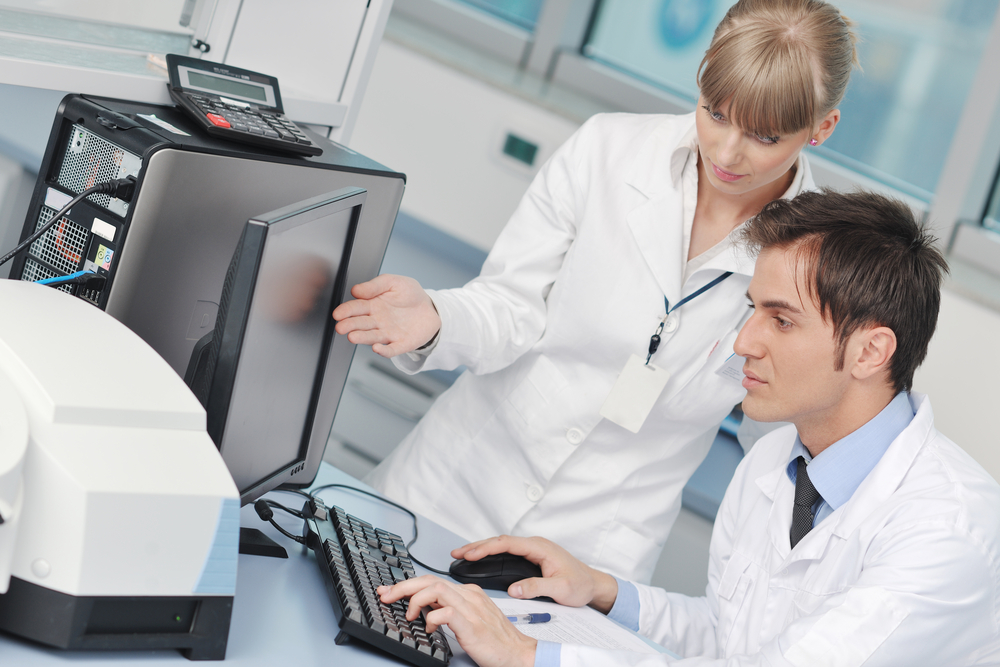 Some jobs have more physical demands for their employees than others. And for Sonographers, their job is one of those. Neck and back problems can occur if you do not focus on good posture and resting and some exercising. This is due to the long-term risks of repetitive strain injuries.

If you are hunched and bent over in awkward angles, firmly pressing the ultrasound equipment on the parts of the patients’ body being examined every day for periods of time? Pinched nerves and potentially tendonitis can be side effects. Your posture and general body strength will help you to avoid injuries.

And aside from the repetitive tasks with injury risks, there are also other physical demands.

Generally, Sonographers can be on their feet for large portions of their working days. This can put strains on your ankles but can also be alleviated with comfortable shoes and some exercising.

On top of standing a lot, depending on your workplace Sonographers will also need to move their ultrasound machine regularly from patient to patient. This is regardless of going through your patients on a normal working day or in emergency situations where you will also be called.

And if one of those patients is limited with moving around themselves? The Sonographer will help and move them into the position they need to be for the ultrasound.

Sonographers need to be supported to manage any time constraints and stress levels. This can severely impact how they deal with the news to their patients and how they support them through it with the right additional examinations and referrals to other doctors. A stressed Sonographer can lead to a stressed patient. 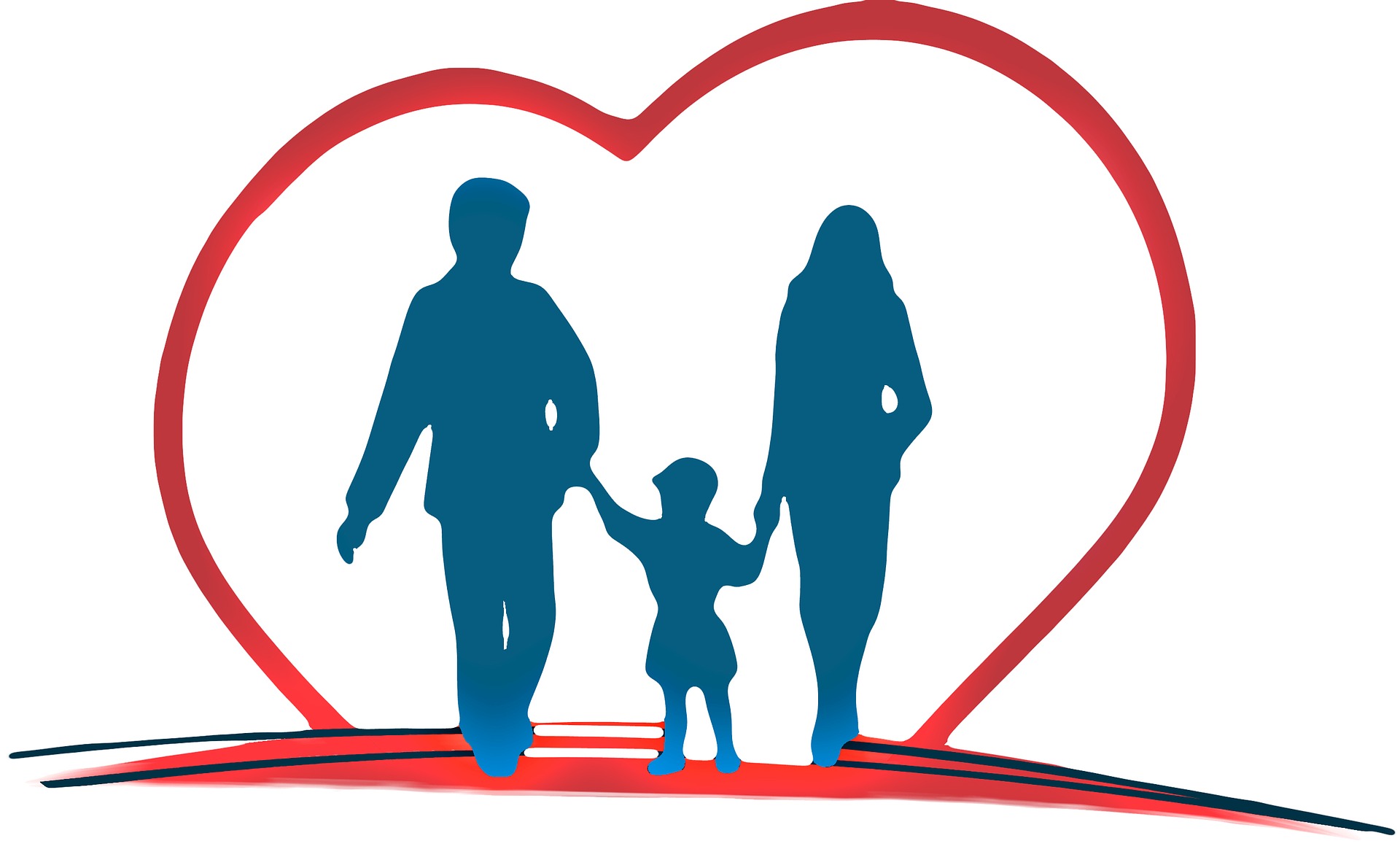 Artificial Intelligence (AI) is also a future factor to consider. It all started for Medical Imaging when potential opportunities were recognised that AI might bring to healthcare, particularly in radiology and pathology. AI works in assisting the imaging diagnosis when a large amounts of past diagnoses is fed into the machine learning algorithms to generate new rules for classifying scans based on previous work. Applying this technique to diagnostic scans is referred to as radiomics.

A number of innovations were recently introduced such as AI being the imaging solution to accelerate critical patient diagnoses, in which it will allow for instant notifications to review critical findings that may accelerate patient diagnosis or its advanced clinical decision support and diagnostics.

RANZCR President Dr Lance Lawler mentioned that the hype about radiologists being replaced by machines is merely an assumption. The hype indicates that some roles will change with AI infiltrating the industry, in terms of machines replacing some of the work done by radiologists.

However, they went on to say that it is far more likely that Radiologists and other impacted professions can do with a reapplying of people’s skills into different areas. Some things a machine could do better than a human, but definitely not all things. The perfect balance between the 2 will benefit everyone the most.

RANZCR hopes to get to a point where there is an accepted use of certain AI tools for some clinical circumstances. For radiology, that may be for breast or lung screening, or comparing responses to treatments. High volume, repetitive cases that machines can do easily.

Several published articles including this Harvard Business Review agree with RANZCR in this instance. Rather than refusing to work with AI, Radiologists are encouraged to learn and work with AI.

Medicare and My Health Record with Medical Imaging

From the 1st of July 2020 bulk billing will be made available for a lot of diagnostic imaging and x-rays. What else do we need to know about next year’s changes?

This year the Digital Health of Australia reported that almost all public providers have already uploaded on My Health Record. The number of private providers is also increasing.

This is significant progress in connecting pathology and diagnostic imaging providers to the My Health Record. It is estimated that every week, over 850,000 diagnostic reports are being uploaded.

This means that more Australians have instant access to their results online. Patient’s pathology, diagnostic imaging reports and test results will also be grouped together and better support healthcare professionals in making faster, more informed and accurate clinical decisions.

There is a list of Diagnostic imaging and pathology providers who have already uploaded to My Health Record. 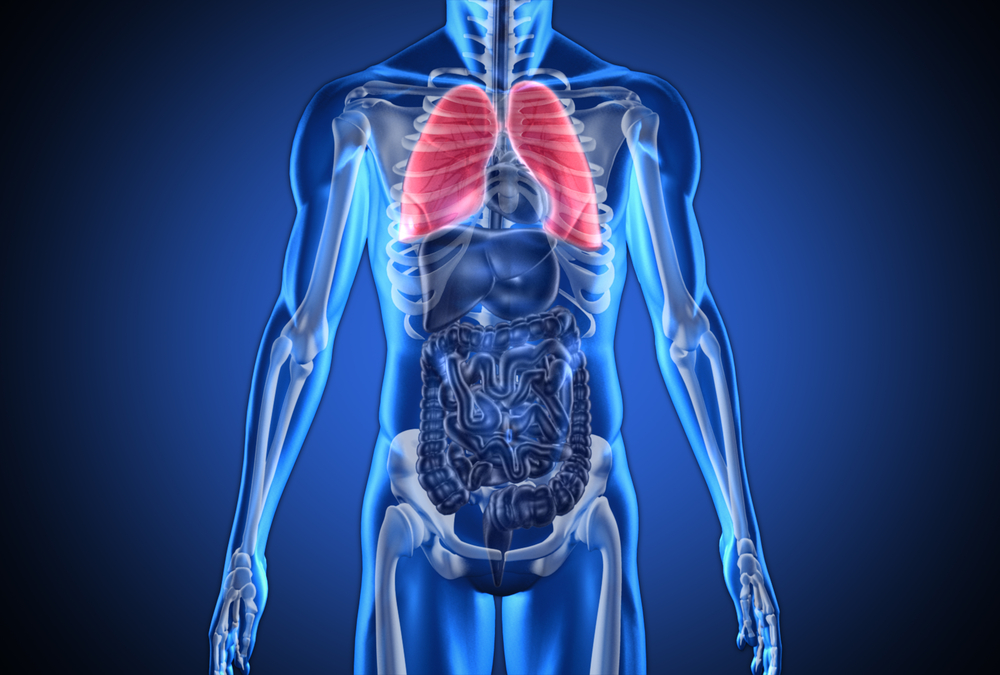 More investment has also been given to the nuclear medicine field in Australia to improve the technological advancements on people’s health. With this comes also a strong recruitment drive to support the innovations.

An estimated 5000 extra jobs are forecast to be created as a result of this investment for ANSTO (Australian Nuclear Science and Technology Organisation). They have already been working towards cutting edge treatments for some diseases and aim to be Australia’s global leader of nuclear medicine.

The state government’s $12.5 million investment over four years would:

According to the Director of Nuclear Medicine at Wollongong Hospital, they have already trialled a new digital gamma ray machine will take less time to scan patients and at lower radiation doses. In some cases, the machine uses 75 percent less radiation than previously and these scans are also proven to be safe.

Thanks to this new machine, scans which previously took 15 minutes to complete can now take up to 5 minutes only. Patients can be able to get results faster and their treatments could start sooner. 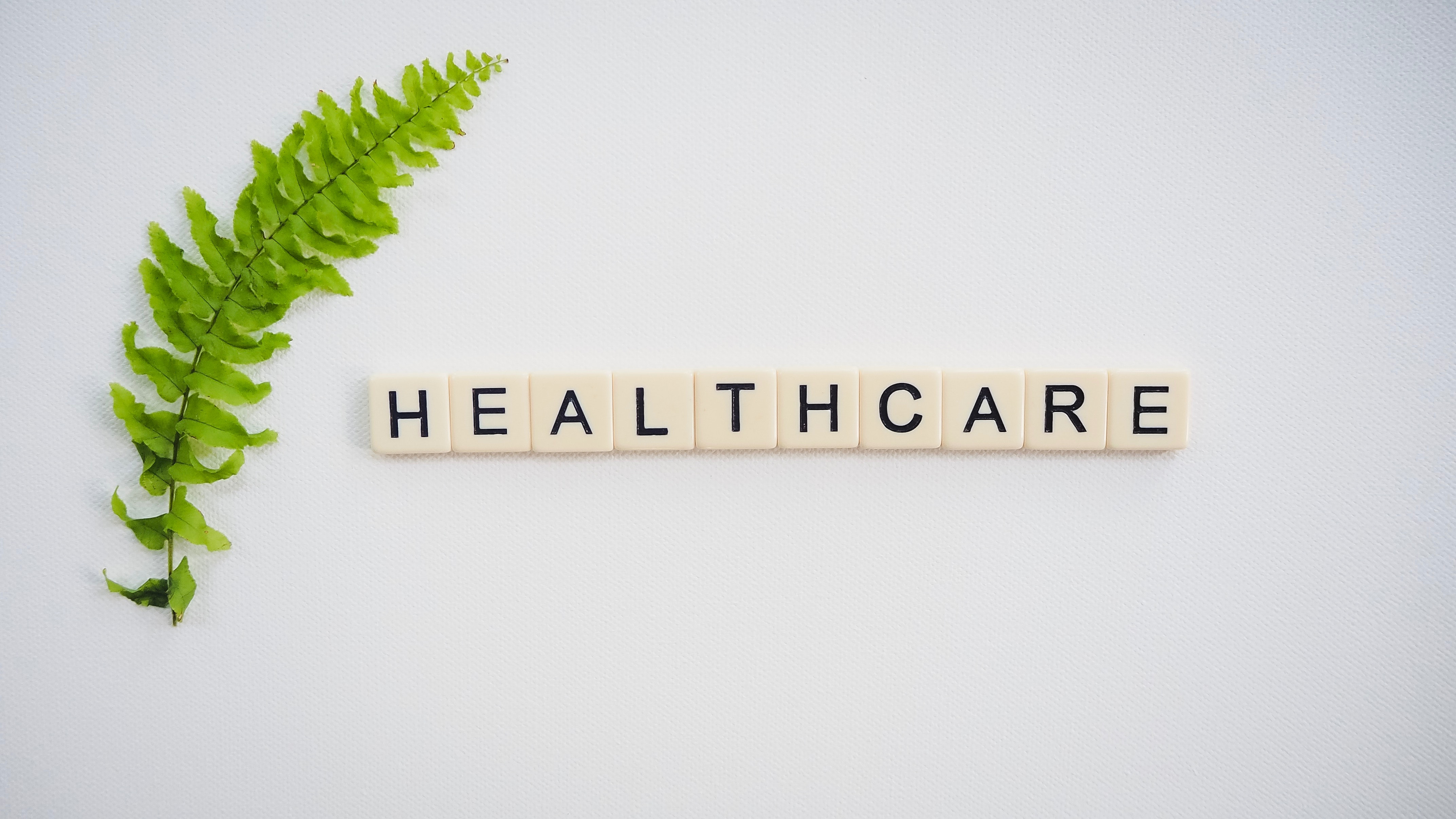